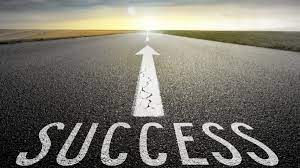 Success often takes a different shape in different people. For William George, success comes from "serving others" and fulfulling one's potential. When I asked him if he thought he was successful, he replied, "I like who I see in the mirror." He believes that becase he strives to do the best he can in all that he does, he has obtained success. However, he wasn't always successful. Although he has always had an aptitude for math and science, he always struggled, and continues to struggle, with relationships. Early on in his career, he found himself making many mistakes with his leadership. Instead of properly allocating tasks to the people who could do them, he tried to do everything himself. Then, he tried to fix his problem, but ended up pushing too much onto other people and creating conflict within the team. Through a multitude of failures, he developed what he considers to be the most important skill in his arsenal: the ability to unite people to a common goal. However, this wasn't the only skill he learned.    In his childhood, George's step-father often took him out to work on the family farm. He would spend days pulling the tractor and tending to the animals. It was during this work that he came to know the most powerful role-model in his life: his grandfather. He admired his grandfather's tenacity and adaptability in both his farm work and in his career. It was through both the long, grueling hours of farm work and the observations he made while spending time with his grandfather that he derived his second most powerful skill: hard work. He learned how to not only deal with failure, but to rise above them and use them to advance himself.    George told me that he is successful because he didn't "[take] the easy path, especially early on." Instead, his success was the result of developing new skills to conquere the obstacles that lay before him.